Thoughts on A Little Called Pauline

I wanted to take a little extra time to talk about A Little Called Pauline, since its pub date was literally the week of lockdown. It would have been wonderful, and definitely challenging to read this book to kids, since it deals with a very abstract poem that abstractly connects to the images.

This was, as all my collaborations (particularly with Anne Carson on Antigonick) a very difficult task of "illustration." My mind refuses to be literal with the text of poems when I am making images to accompany them. I enjoy the imaginative demands of poetry. I a way, I don't want to make it seem easier to approach the poem; I don't want to acquiesce to the most simple assumptions that images are merely there to replace communication. Narrative. At the same time, especially in a children's book, that is exactly what it IS supposed to do. Children start out with book that say APPLE and show a picture of an apple. They are learning the names of things. Words like BOOM over a picture of an explosion. Portaits of family, a house, etc. I tried in Pauline to bridge between these two differing approaches to picture-book illustration. The result is that I made a more narrative story in image, paired with a very abstract poem, that was filled with hint, innuendos, associations, and ideas--of which one could take in a virtually limitless visual direction.

I will say that what excites me in Poetry Comics is the spontaneity that occurs. That it is devoted to movement and imagination. That somehow this strange genre defies stagnation. When successful, it is the best of both world in poetry and visual art.

And to bring that to children and adults, is truly the best feeling ever.

If you have not bought this book yet, I encourage you to. I am sad I couldn't do readings for it, and sell more. But give it a try. As one reviewer said:

“This is a book for kids (and adults) unafraid to use their brains. This is a book with guts and glory packed in its pages. See if you’re brave enough to give it a shot.”—Betsy Bird 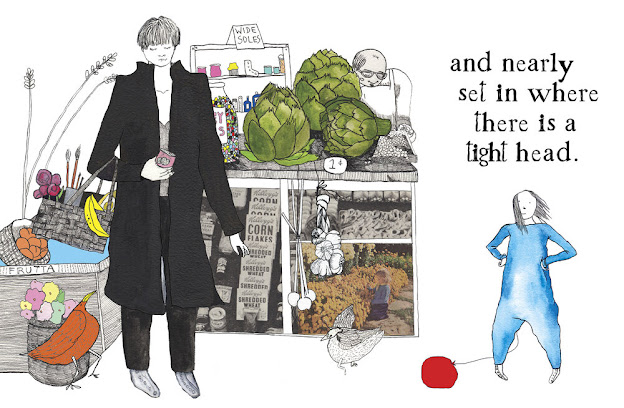 This image was fun because I got to use some collage. I have a bunch of old and very stinky magazines from my grandmother's house. The black and white image came from GOOD HOUSEKEEPING. And the image of the little girl in the flowers came from BETTER HOMES. Also another fun easter egg is that I did this drawing at the same time as working on my poem "Artichokes" 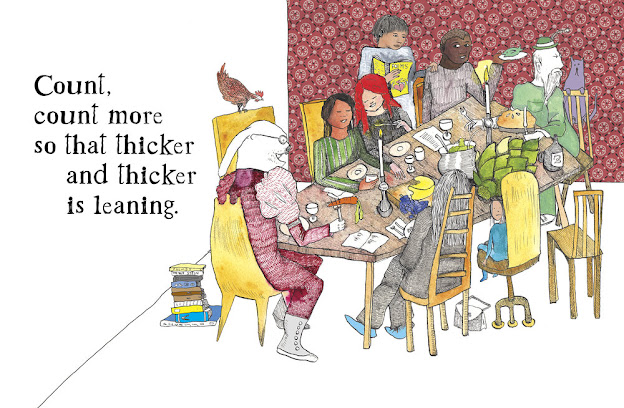 I used wallpaper that was from my grandmother's house! I've used this for a lot of art projects. 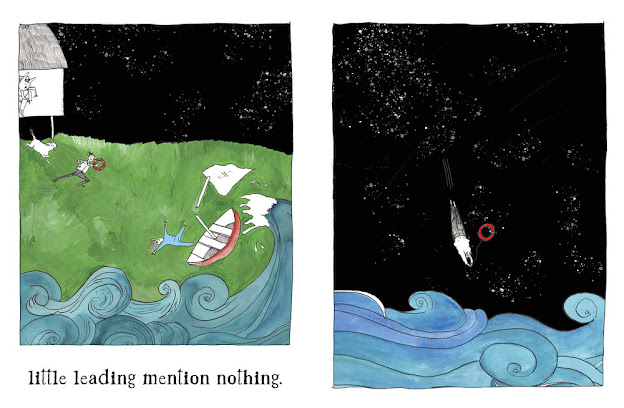 Drawing water was hard. I finally found some Japanese artists who inspired me to make it in this vein. 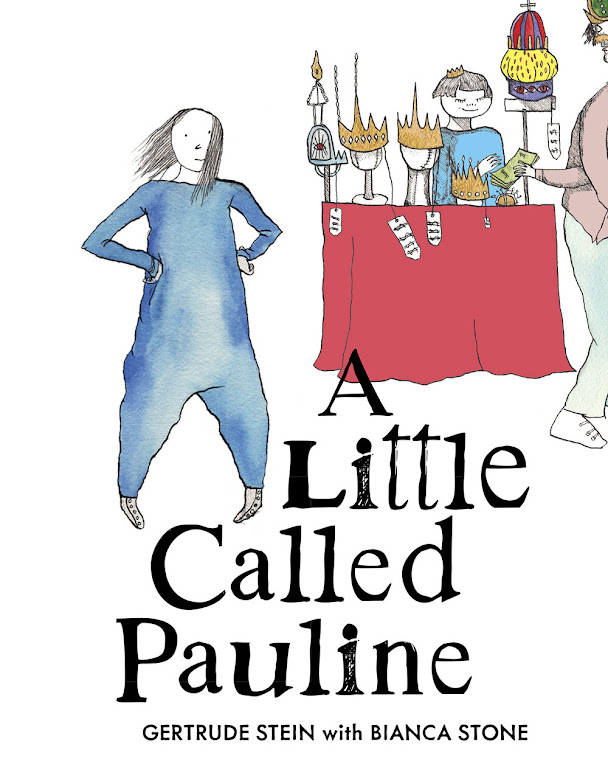 I have no idea why I chose crowns to be a major theme in this, except that I was excited about drawing crazy crowns....
at September 04, 2020

Thoughts on A Little Called Pauline

I wanted to take a little extra time to talk about A Little Called Pauline, since its pub date was literally the week of lockdown. It would ...