If you want to really go deep into the mysticism of making poetry comics, read this interview I did for the Georgia Review (which has a full 12 page poetry comic in their last issue, as well as the cover! So buy that shit here.)

LS: Everything you’ve just said fascinates me—I feel torn to take us in at least three directions. How did I miss the spirit of Frida Kahlo at work in your images? I want to come back to a discussion of self-representation and the representation of self-representation in the age of social media. I also want to discuss further the various inheritances at play in your work and the particular weight We Dust the Walls places on that subject matter, whether directly or obliquely, both in the image and the text.

But first I want to address the power of flatness in the images in We Dust the Walls and in early Renaissance painting. When I first saw your poetry comic, it reminded me of Piero della Francesca’s series of frescoes in Arezzo, The Legend of the True Cross, especially the battle scene he depicts in one of the larger panels. The image is realistic—you can see every leg of every horse and an emotional expression specific to each face—but something is indisputably off about its realism. The flat depiction reinforces a dreaminess that arises from the image witnessing more in a moment than any eye could ever naturally behold. We can’t stop time, but the image can and does so that we can see what we’re missing, which turns out to be almost everything—and therein lies its ability to leave us awestruck. Angelic Texting, the image on our Spring 2015 cover, produces a similar feeling in me. When I look at it, I feel as though it presents something radically holy about contemporary life that I’ve never before noticed.
So maybe there is, after all, a single concern common to the various conversations I would like to have with you—I think what I’m really curious about are the ways in which your work describes, enacts, and responds to time.
BS: The movement of time becomes more abstract in creative work because the creator is dictating the rules. And how powerful a thing that is: to dictate time. It’s like reading about the complex nature of the universe: once an astrophysicist begins explaining things, we realize that the rules in space are very different than those we seem to experience on earth. Sometimes we simply cannot comprehend the rules at all; our tiny idea of time is just a means of convenience, and I think art resists convenience. Once we lessen our grip on learned patterns of conceptualizing time, we start to see more around us.
Poetry offers a good opportunity to depart from routine temporal encounters and perceptions. A poem is very brief compared to most prose works. And yet, the poem demands a much slower approach . . . but not too slow.
Robert Pinsky says “the medium of poetry is a human body.” A poem’s meter is based on the body’s music, which—rooted in breathing and the sounds manipulated by means of our larynxes and our mouths—subconsciously dictates the pace at which the poem’s read. And poetry comics should be imbued with that same unique, physical musicality.
Moreover, comics are defined by what’s called sequential imaging. We see the comic as moving forward, telling a story, driving us to the end, but the poetry comic form can demand you to stop and inspect the intricacies of the image, while also taking in the meaning of the words. In other words, you’re being both propelled forward and stalled simultaneously. Discussing time reminds me of what John Keats famously called “negative capability,” how, as writers and readers of literature, we have to be capable of embracing uncertainty; there has to be mystery, things that are missing. In a poetry comic, there are so many things missing. You have the white space on the page, the “gutters,” as well as the subsequent connections our minds will make while seeing the image and reading the text—so much happens in those small spaces that demands time slow down.
All of this happens very subtly, powerfully. In experiencing art you might be taking in a lot of information, trying to make sense of it, but while doing so there is room for awe and curiosity. 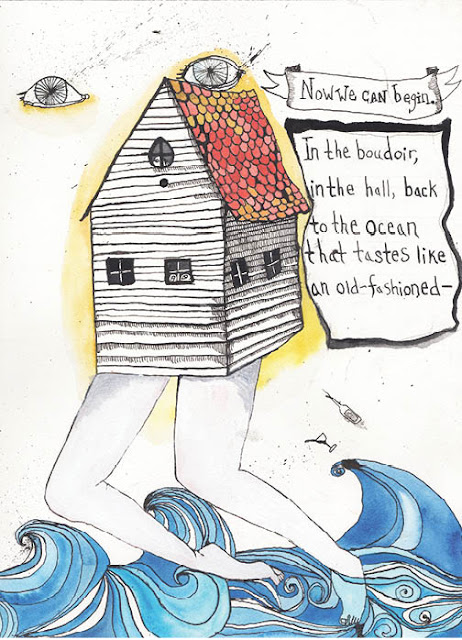 --> "In our workshop we’ll be exploring what words and images can do together; if you write or draw, if you p... 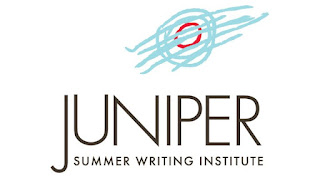